Rep. Cindy Pugh is garnering some earned press by offering firearms training. Many are coming at it from the angle of legality under campaign finance law. It will be revealed in time whether any violation exists. No bated breath here.

It would seem there is a deeper area of questioning here. Now, especially in the wake of the Trayvon Martin tragedy, the failure of a stand your ground law in MN, and the co-incidental support to conceal and carry in the Capitol by a Democratic Governor, this stunt suggests that Rep. Pugh is … well just not with it. This stunt of hers smacks of asininity quite frankly.

Somewhere along the line the NRA convinced people that only gun owners respect the 2nd amendment. Of course that right is shared by everyone, including the unarmed. Not owning a gun has become a symbol of distain to this self hallowed crowd of armed citizens. And while the citizen has this right to own a gun the truer issue of what guns can be manufactured is indeed within the legislative realm. This is the point the NRA never brings into discussion.

The astute reader may recall the methamphetamine wildfire that ruined so many lives. The first reaction was to limit sales at the checkout line. This didn’t do all that much. Eventually someone got smart and decided to control the 50 gallon barrels of chemical pre-cursors. That’s when a real diminishment in the flow of this nasty drug occurred. And no, it is not gone, and yes, it remains a problem. But as an example of seeking solutions upstream it stands.

But the GOP battle line is somewhere around the front door of one’s abode. All the language is fear based. Either the government or some kid, possibly with a bag of Skittles, is definitely out to get you.

This is what the Pugh campaign promotion represents. A flat out amygdala riling, fear inciting, TBaalParty promotion. Or in other words, a stunt.

Always check under the bed. Boogie men are everywhere, really!

Oh, and Rep. Pugh, if you don’t pass the training call these guys, they’re after boogie men too. 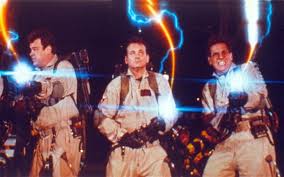 Pugh can always call these guys to get those boogie men.